Charles Victor Mustel, a Parisian reed organ and pipe organ manufacturer invented the celesta in 1886. The original patent No. 176.530 is preserved in the Institut National de la Proprieté (inpi), Paris. Schiedmayer Celesta GmbH has a copy in its files.

The uniqueness of the new instrument, called “Celesta” (also spelled “celeste”) by Victor Mustel, is in the method of sound generation. Through the activation of a piano-like keyboard, metal plates resting on top of felt wedges over wooden resonators, are struck from above with felt hammers. 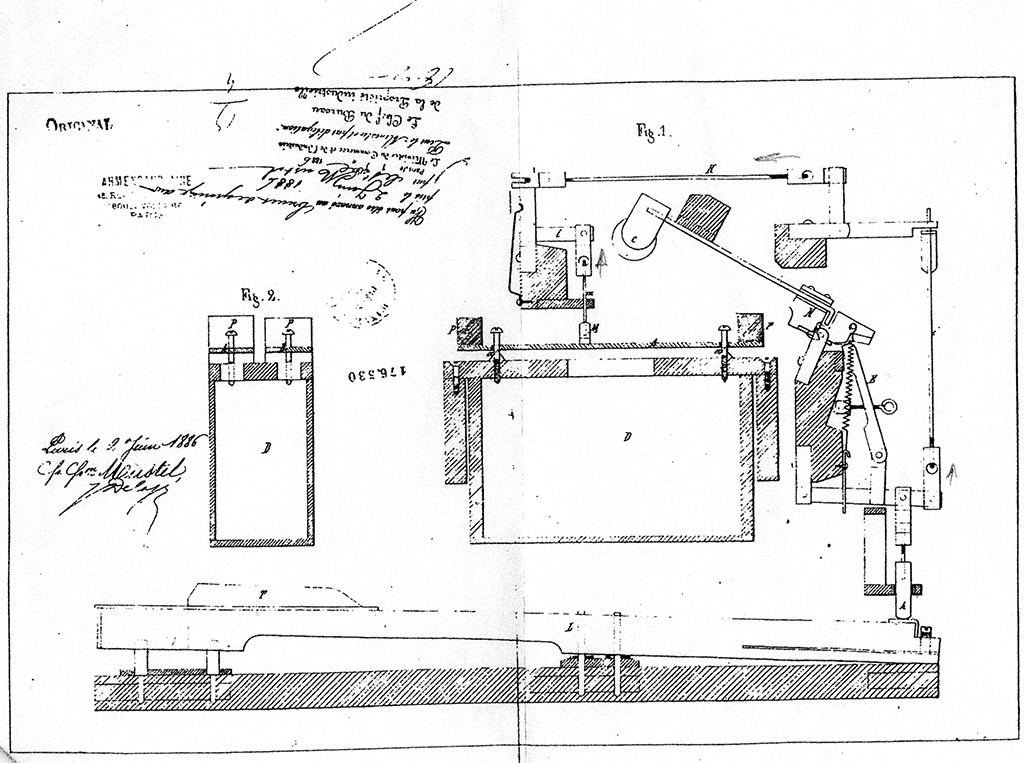 Excerpt from the description in the patent application

“The invention, which is the subject of this patent application, involves a new musical instrument, which I have named “Celesta”. The attached drawing shows clearly the characteristic construction of the system. Illustration 1 is a two dimensional vertical cross section through the key, the escapement and the hammer; Illustration 2 shows a cross-section of a resonator with its two vibrating metal plates. The tone is created by metal plates A and B, which are made to vibrate, as in a piano, when struck by hammer C. The arrangement is, however, unique, since the stroke is not vertical, as in a piano with vertical strings, or from below, as in a grand piano, but from above, as can be seen in the attached illustration.”

The “heavenly” sound of the celesta, created through the unique, special mechanism described above by Mustel, has delighted composers, musicians and listeners of ass ages to this day. The celesta is used in symphonic and chamber music, as well as pop, film music, musicals, radio drama and advertisements. 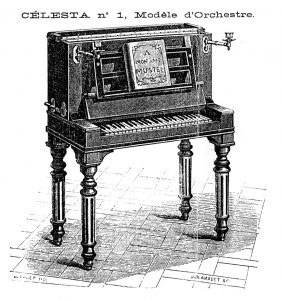 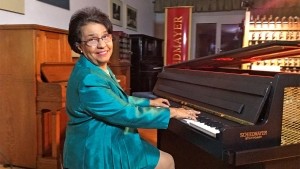 This site uses cookies. By continuing to browse the site, you are agreeing to our use of cookies.

We may request cookies to be set on your device. We use cookies to let us know when you visit our websites, how you interact with us, to enrich your user experience, and to customize your relationship with our website.

Click on the different category headings to find out more. You can also change some of your preferences. Note that blocking some types of cookies may impact your experience on our websites and the services we are able to offer.

These cookies are strictly necessary to provide you with services available through our website and to use some of its features.

Because these cookies are strictly necessary to deliver the website, refuseing them will have impact how our site functions. You always can block or delete cookies by changing your browser settings and force blocking all cookies on this website. But this will always prompt you to accept/refuse cookies when revisiting our site.

We fully respect if you want to refuse cookies but to avoid asking you again and again kindly allow us to store a cookie for that. You are free to opt out any time or opt in for other cookies to get a better experience. If you refuse cookies we will remove all set cookies in our domain.

We provide you with a list of stored cookies on your computer in our domain so you can check what we stored. Due to security reasons we are not able to show or modify cookies from other domains. You can check these in your browser security settings.

These cookies collect information that is used either in aggregate form to help us understand how our website is being used or how effective our marketing campaigns are, or to help us customize our website and application for you in order to enhance your experience.

If you do not want that we track your visist to our site you can disable tracking in your browser here:

We also use different external services like Google Webfonts, Google Maps, and external Video providers. Since these providers may collect personal data like your IP address we allow you to block them here. Please be aware that this might heavily reduce the functionality and appearance of our site. Changes will take effect once you reload the page.